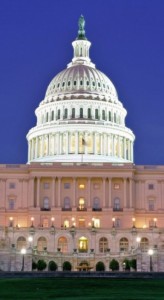 July 14 – The Senate Finance Committee plans to mark up a bill on July 21 to extend corporate tax benefits that expired in 2014 and those that will expire at the end of this year, including those that benefit the geothermal heat pump (GHP) industry. Among other things, they include:

“All the provisions that were extended in 2014 for GHPs are extend-ed again through the end of 2016 by the Senate bill,” said Geothermal Exchange Organization (GEO) President Doug Dougherty, emphasizing that this legislative action does not deal with current income tax credits for resi-dential (25D) and commercial GHP installations (48[a]) that expire at the end of 2016. In the House of Representatives, he said, “The Ways and Means Committee is working on a bill to make permanent three tax credits, including one for research and development, Section 179, and bonus depreciation. So, it looks good that these important tax benefits for our industry will be extended once again.”

There is also good news for the GHP industry on the energy front. Senate Energy and Natural Resources Committee Chairwoman Lisa Murkowski (R-AK) has been “stacking” bills to include in a com-prehensive energy bill that she will sponsor later this year. The bills include the Shaheen/Portman Ener-gy Savings and Industrial Competitiveness Act, which GEO had targeted for an amendment to the Energy Policy Act of 2005 to finally recognize thermal energy produced by GHPs as clean and renewable.

Markups of the Murkowski legislation will start on July 22. “It is our hope that the committee will place GEO’s clean energy definition into the base Murkowski bill,” said Dougherty. Defining renewable energy as both electricity and thermal energy generated from—or avoided by—geothermal and other clean energy sources (solar, wind, biomass, landfill gas, ocean, municipal solid waste, and new hydro), the GEO language reflects the recent Administration Executive Order on Sustainability.

“Our definition is already included in the base energy bill in the House,” he continued. “So, we are assured that if an energy bill passes Congress this year, GHPs will finally be in the federal definition of clean energy—and we will score a big win for the industry.” (GEO)