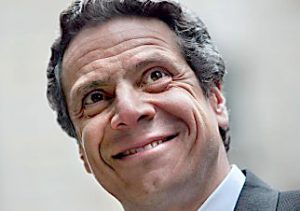 According to NY-GEO, over 1,000 New York jobs in the industry were put at risk on Dec. 31 with the sunset of a 30% federal tax credit. The Geothermal Exchange Organization (GEO) is working toward reinstatement of those credits (see lead article).

Cuomo had been urged to act by NY-GEO and a wide-ranging coalition of environmental organizations, local elected officials and geothermal businesses. The governor’s announcement comes as part of a comprehensive draft Renewable Heating and Cooling Policy Framework that he released on February 7.

“New York has made great strides to combat climate change by supporting the use of new technologies and growing our clean energy economy,” Cuomo said. “We will continue to make green investments that will encourage the use of clean, affordable energy to reduce our carbon footprint and support sustainable communities throughout the state.”

Developed by the New York State Energy Research and Development Authority (NYSERDA), the program allocates $15 million over the next two years to support geothermal installation rebates of $6,000 for an average-size home. Geothermal is one of the least expensive ways to heat and cool, but upfront costs of installing thermal exchange pipes below the frost line is a barrier for many businesses and homeowners.

Last November, Cuomo vetoed a geothermal tax credit bill which had been passed overwhelmingly by the Legislature in June. His veto message stated his general support for geothermal installations as he encouraged consideration of incentives, as a revenue impacting item, in the budget process.

“The governor has delivered on the silver lining of his veto message,” said NY-GEO Executive Director Bill Nowak. “NY-GEO thanks the thousands of well-meaning New Yorkers, from Gov. Cuomo on down, who came together advocating for 1,000 family supporting jobs and paving the way for New York to meet the goal of reducing greenhouse gas emissions by 40% by 2030,”

Cuomo’s action puts New York squarely at the forefront of state action on renewable heating and cooling. Maryland, Iowa, South Carolina, and New Hampshire have all embraced initiatives, but none are as robust as New York’s. In addition, the governor’s Policy Framework lays out an exciting path forward for New York’s home and building owners to break free from the volatile costs of fossil fuels.

The NYSERDA framework, the “Renewable Heating and Cooling Policy Framework: Options to Advance Industry Growth and Markets in New York,” sets out policy options and market-based solutions for the next few years, and identifies approaches for longer term action. Interested parties are invited to comment on the framework. More information on the framework policy is available here.

In addition to the rebate, the framework identifies a range of options for the next few years to lower costs, reduce barriers and grow the market, including:

The framework also explores methods to implement renewable heating and cooling mandates for public buildings, new construction, and renovation. NYSERDA will work with stakeholders and launch renewable heating and cooling programs in 2017 upon approval by the Department of Public Service, as part of the Clean Energy Fund. Once approved, NYSERDA expects to offer the rebate program in the Spring. NYSERDA, DPS, and the New York Power Authority will be collaborating to advance the framework.

“Accelerating clean heating and cooling technologies like ground-source heat pumps is another significant step under Gov. Cuomo’s direction to make New York the cleanest and most energy efficient state in the country,” said John B. Rhodes, President and CEO, NYSERDA. “Recommendations outlined in the Framework strongly support New York’s nation-leading clean energy strategy and we look forward to working with the industry to bring these ideas to fruition.”

“California is usually credited as the leader in renewable energy, but that state has yet to effectively address the heating sector. New York is now charging ahead with a more complete program that addresses heating, cooling, power generation and electric vehicles,” said NY-GEO President John Franceschina. “The geothermal initiative fits well with Gov. Cuomo’s commitment that 50% of New York’s electricity will come from renewables by 2030. The combination of geothermal for heating and cooling and solar panels to generate electricity is the most direct path to eliminating carbon emissions from homes and businesses in New York.”

NYSERDA will accept written comments on the policy framework through close of business on March 10, 2017. It will also conduct a webinar on March 2, at 10:00 a.m. Parties interested in submit-ting comments on the framework or participating in the webinar, should contact NYSERDA vie email here. Or visit the NYSERDA website here. For more information about geothermal heat pumps in New York State, contact NY-GEO through their website, here. (NY-GEO, NYSERDA and various news reports)