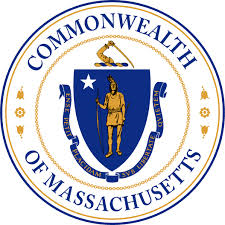 The Massachusetts House of Representatives passed a comprehensive renewable thermal energy bill that will promote the use of clean renewable fuels and technologies to heat and cool buildings. Passed unanimously by the Massachusetts Senate on June 19, the bill is expected to be signed by Gov. Deval Patrick (D) within the next 10 days. It will go into effect on Jan. 1, 2015.

SB 2214 provides financial incentives for several thermal renewable energy heating and cooling alternatives. These include geothermal and air source heat pumps; solar heating; and bio-fuels such as wood pellets, wood chips, renewable bio-oils, or renewable natural gas.  By awarding credits to renewable heating and cooling technologies, the bill provides a powerful financial incentive to invest in and develop these technologies.

“Passage of SB 2214 is great news, and a huge victory for the geothermal heat pump industry in Massachusetts and across the country,” said GEO President and CEO Doug Dougherty. “We provided technical and financial assistance to the effort, and worked the bill at the grassroots level. In late-July, we called each of our manufacturer members’ distributors and dealers in the state, prompting at least 15 to personally call the Chairman of the House Committee on Ways and Means in support of the bill.”

According to Coalition leaders: “While the bill provides for powerful new financial incentives, it does so without creating new spending. Instead, renewable heating and cooling technologies will now qualify for Alternative Energy Credits under the Commonwealth’s existing Alternative Energy Portfolio Standard (APS).”

The Massachusetts APS was established in 2009 to reward businesses and homeowners for installing eligible alternative energy systems. Under the law, retail electricity suppliers must buy Alternative Energy Credits (AECs) to offset the energy they produce using non-renewable fuels, making electricity rates dependent in part on the number of credits available on the market. With more AECs available from renewable heating systems, prices drop, followed by electricity rates.

“This bill is good for the environment, and it’s good for ratepayers,” said Sen. Barry Finegold (D), the bill’s prime sponsor. “Enactment of the renewable thermal legislation will help to reduce greenhouse gas emissions, expand our clean energy portfolio, and bring us one step closer to realizing the goals set forth as part of the Global Warming Solutions Act of 2008.”

“It’s also good for jobs,” said Jeffrey Hutchins, executive director of the Massachusetts Forest Alliance. Katherine Stainken of the Solar Energy Industries Association agrees. “With the new incentives and longer-term stability provided by this bill we expect to see companies expand their businesses and hire more people.” According to the Coalition for Renewable Natural Gas representative David Cox, “This is a win for Massachusetts and for renewables, including biogas-derived renewable natural gas.”

GEO recognized that along with similar bills already passed in Maryland and New Hampshire, the Massachusetts legislation was perhaps the most important state public policy vehicle of 2013-14. “The new law is a significant breakthrough for the geothermal heat pump industry nationwide,” said Dougherty. “It provides a new APS compliance option for utilities, and benefits ratepayers by promoting installation of efficient, cost-effective and comfortable heating and cooling systems.”

More importantly, he continued, “The Massachusetts law also provides for measurement of system efficiencies that will provide metrics of actual performance. As GEO advocates for similar legislation across the country, this will be extremely valuable to our efforts in promoting the renewability, efficiency and environmental benefits of geothermal heat pumps.”

In a GEO letter to Massachusetts House Ways and Means Committee Chairman Brian S. Dempsey supporting passage of SB 2214, Dougherty said, “Because current APS requirements have not been met under existing standards, the addition of ‘geothermal energy’ to the definition will reduce compliance costs for ratepayers served by retail electricity suppliers. The bill ensures that Massachusetts will take its place as a leader in using the renewable energy provided by geothermal heating and cooling systems. It will also help expand the market, create good jobs, provide significant savings to consumers, and protect the environment.” The final version of the bill is posted here.

After SB 2214 is signed by Gov. Patrick, the Renewable Thermal Coalition will work with the Massachusetts Department of Energy Resources as the agency promulgates new regulations under the law. The Coalition welcomes support from all who are interested in promoting renewable heating and cooling technologies and fuels. Read the Coalition press release about passage of SB 2214 here. Learn more about the Coalition at its website, here.