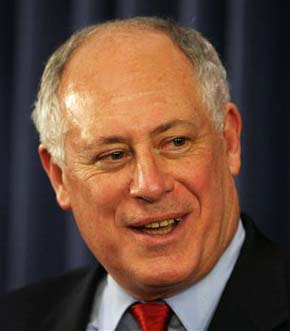 The Illinois General Assembly has passed language sponsored by the Geothermal Exchange Organization (GEO) that removes impediments to the promotion and financing of geothermal heat pump (GHP) installations within the state.

SB 1603 was amended in the Illinois House of Representatives to include the GEO-crafted language, followed by approval of the full Senate on May 30. Prior law inadvertently prevented Illinois investor-owned utilities (IOUs) from promoting the use of GHPs under the state’s Energy Efficient Portfolio Standard, and also prevented the Illinois Finance Authority from financing buildings with GHPs.

“The GEO language had to amend three separate existing statutes,” explained GEO President and CEO Douglas A. Dougherty, “including the Illinois Finance Authority Act, the Illinois Power Agency Act and the Public Utilities Act (PUA).” The reason for having to amend all three statutes is complex, but was basically an effort to straighten out prior definitions of “energy efficient” by tying the term to reductions in the use of thermal energy. With passage of SB 1603, all three Acts will now use a common definition: Energy Efficiency also includes measures that reduce the total Btus of electricity and natural gas needed to meet the end use or uses.

Governor Pat Quinn is expected to sign the bill, especially considering GEO’s work with his staff and their support of the legislation. “The new definition will encompass GHPs for the first time in Illinois,” said Dougherty. “GHPs will be recognized as being an energy efficient technology, and IOUs will be able to promote them with financial reimbursement from a fund for such purposes under the state’s Energy Efficiency Portfolio Standard. And the Illinois Finance Authority will be empowered to issue bonds for energy efficient projects that incorporate GHPs for heating and cooling.” The text of the bill can be found here.