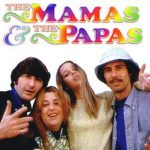 Dec. 13 – Michigan Geothermal Energy Association (MGEA) Executive Director Larry Kaufman has made good on his promise to develop a Geothermal Song based on the well-known 1960s tune, “California Dreamin” by The Mamas & The Papas.

“It’s a song parody I wrote to support the geothermal industry,” says Kaufman. “During a nationwide conference call of state geothermal heat pump associations, New York reported that St. Patrick’s Cathedral in New York went geothermal. I said they should promote it with the song ‘California Dreamin.’ Geothermal Exchange Organization (GEO) Chief Operating Officer Ryan Dougherty asked me to write a song parody about it, so I did, and I got so many positive responses that I recorded it as my gift to the geothermal community.”

Kaufman has obtained all copyright approvals for the song, and he grants his permission for anyone to use it in “any activity connected with geothermal heat pumps.” If anyone desires additional copyright approval for media advertising, he is happy to help.  Two versions of the recording in MP3 format are available here. One has a “rap” during the instrumental giving some facts about the cost of running the geothermal system at Kaufman’s house. The second version has no rap. “Feel free to use either one,” says Kaufman, who also has a file in higher quality WAV format. Contact Larry at MEGA by phone at (248) 396-8231, or by email here.   Learn more about MEGA at their website, here.