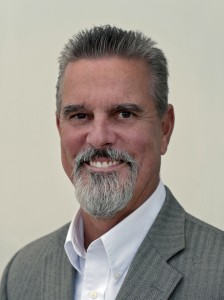 Through its Washington, DC activist team at Bracewell & Giuliani, LLP, the Geothermal Exchange Organization (GEO) is actively supporting “tax extenders bills” that are now under consideration by the U.S. House of Representatives and in the U.S. Senate. The bills would reinstate and extend several tax incentives that expired last year.

According to GEO President Doug Dougherty, “Section 179 for expensing and bonus depreciation for ‘qualified property,’ which includes geothermal heat pump installations, both expired on Dec. 31, 2013.  Both of these tax benefits are extremely significant for the commercial geothermal heat pump (GHP) market.”  Under the lapsed expensing provision, he explains, “a business could expense up to $500,000 the year the GHP was installed.  Under the bonus depreciation provision, a business could deduct 50% of the cost of a GHP in the first year of installation.”

In July, the House passed HR 4718 to make permanent an extension of 50% additional first-year depreciation (bonus depreciation) for a variety of “qualified property,” including GHPs. Last April, the Senate Finance Committee passed by voice vote the “Expiring Provisions Improvement Reform and Efficiency (EXPIRE) Act,” which would extend a number of energy related tax breaks, including an extension of expired Section 179 expensing and bonus depreciation incentives through 2015. Tax extenders will not be considered by the Senate until after mid-term elections next month.

GEO successfully ensured that the following provisions that impact tax deductions for GHP installations were included in the Senate legislation:

Bonus Depreciation   Taxpayers are allowed an additional first-year depreciation deduction of 50% (bonus depreciation) of commercial GHP equipment that is placed into service after Dec. 31, 2013 but before Jan. 1, 2016.

Business-Related Expensing    A taxpayer may deduct up to $500,000 per year—indexed for inflation—for GHP equipment and other property used in a trade or business during calendar years 2014 and 2015.

Energy Efficient Commercial Buildings    The energy efficient commercial building deduction (section 179D) is extended for calendar years 2014 and 2015.  A building owner will be allowed a deduction for equipment installed in 2014 and 2015 as part of a plan to reduce total annual energy and power costs of a building with respect to interior lighting systems; heating, cooling, ventilation; and hot water systems by 50% or more compared to a building that meets the minimum requirements for energy-efficient commercial building expenditures under American Society of Heating, Refrigeration and Air Conditioning Engineers (ASHRAE) / Illuminating Engineering Society of North America (IESNA) Standards 90.1-2001 in 2014 and 90.1-2007 in 2015. The deduction is $1.80 per square foot of property for which the expenditures were made.  The deduction is allowed in the year the property is placed into service. Tribal governments and non-profit organizations can allocate the deduction to the person primarily responsible for designing a property.

As noted, tax extenders will not be considered by the Senate until the lame duck session after mid-term elections in November. It is likely that the Senate will pass a two-year extension through the end of 2015 (retroactive to the expiration date of the incentives at the end of 2013). In early September, Senate Majority Leader Harry Reid (D-NV) exclaimed that allowing lapsed tax incentives (including Section 179 provisions for bonus depreciation) “is not an option,” vowing to bring them to the Senate floor for a vote by the end of 2014.