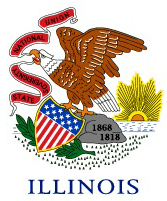 Letters from the Geothermal Alliance of Illinois and the Geothermal Exchange Organization (GEO) to the Joint Committee on Administrative Rules (JCAR) in Illinois have successfully gained a 45-day extension prior to a final rulemaking on regulation of the drilling industry in the state. The extra time will allow a workshop for interested parties to recommend changes to the proposed language.

In his correspondence to JCAR, GEO President and CEO Doug Dougherty explained that the rulemaking (JCAR770902-1217308r02) would impede deployment of energy efficient geothermal heat pumps. He said that GEO’s primary concern about the proposed new drilling rule is that it offers no definition for thermal enhanced grout which is the industry standard. “Lack of this definition ultimately affects the practicality of rules that govern construction of closed loop wells.”

In addition, “A number of the setback requirements listed in Table C would preclude installations of geothermal heat pumps in metropolitan regions of Illinois,” he said. “Generally, setbacks for closed loop boreholes are not needed, as no contaminants are used in the construction or operation of closed loops of polyethylene pipe.” Dougherty also noted other problems with the proposed rules.