Besides promoting geothermal power and direct use resources in the United States, the Tester bill recognizes that, “Geothermal heat pumps and direct use of geothermal energy, especially in large-scale applications, can make a significant contribution to the use of renewable energy but are underrepresented in research, development, demonstration, and commercialization.” 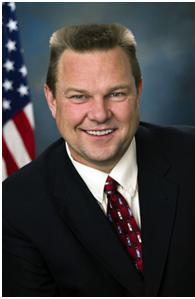 The Geothermal Exchange Organization (GEO) stands in full support of the measure (see below). For geothermal heat pump (GHP) systems, the legislation seeks to:

GHPs are defined as a system that provides heating and cooling by exchanging heat from shallow ground or surface water using either:

The legislation directs the Secretary of Energy, acting through the Assistant Secretary for Energy Efficiency and Renewable Energy, to establish a program of research, development, demonstration, and commercial application for geothermal heat pumps, including:

The legislation directs the Secretary of Energy to make grants available to State and local governments, institutions of higher education, non-profit entities, utilities, and for-profit companies (including manufacturers) to promote the development of geothermal heat pumps. Priority status will be given to large buildings (including office, retail, educational, government, institutional, and multifamily residential buildings and campuses and industrial and manufacturing facilities), commercial districts, and residential communities. A project solicitation must be issued no later than 180 days after the legislation is enacted into law.

The bill authorizes appropriations to carry out its provisions in “such sums as are necessary for each of fiscal years 2012 through 2016.’’ The legislation also specifies that starting 2 years after enactment and annually thereafter, the Secretary must report to the Senate Committee on Energy and Natural Resources and the U.S. House of Representatives Committee on Science and Technology about progress and results (with recommendations) in developing geothermal heat pumps.

“On behalf of the Geothermal Exchange Organization, a non-profit trade association representing the interests of the geothermal heat pump industry, I am writing to thank you for your leadership on energy efficiency issues,” said Dougherty.

“We strongly support the legislation you recently introduced with Senators Murkowski and Reid that, among other things, authorizes a new program to help develop innovative technologies to enhance the use of geothermal heat pumps in commercial applications. Your legislation will help address some of the key barriers in our industry, including reducing the cost of installing the geothermal ground loop and integrating geothermal heat pumps with other building systems.”