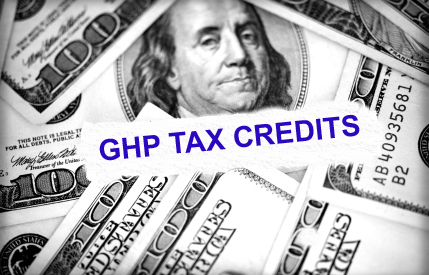 Current law offers 42 different energy tax incentives, including more than a dozen preferences for fossil fuels, ten different incentives for renewable fuels and alternative vehicles, and six different credits for clean electricity. Of the 42 different energy incentives, 25 are temporary and expire every year or two. The Baucus proposal specifies that commercial and residential rebates for geothermal heat pumps (GHPs) will not be axed, but allowed to continue until their legislated expiration date of Dec. 31, 2016.

According to news reports, the Baucus proposal offers a smaller number of targeted and simple energy incentives that are flexible enough to accommodate advances among fuels and technologies of any type – whether renewable, fossil, or anything in between.  These proposals are intended to promote domestic energy production and reduce pollution. The package of reforms draws heavily from proposals offered by both Republican and Democratic members of the Senate Finance Committee.

Sen. Baucus also called for additional feedback from members of Congress, key stakeholders and the general public on the discussion draft. The Geothermal Exchange Organization (GEO) responded with comments that mirror its response to the House of Representatives Ways and Means Committee last April 15. After listing the many consumer, renewable energy, efficiency and environmental benefits that GHPs offer the nation, GEO President Doug Dougherty lauded the success of the federal tax credits: