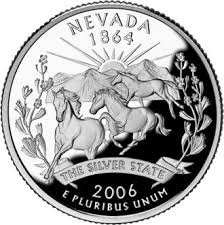 Thomsen explained that the state is several hundred megawatts ahead of its Renewable Portfolio (RPS) goal of 25% renewable power by 2025, limiting potential for legislating thermal energy (including GHPs) into the standard. In fact, last year the Nevada Legislature passed a bill that was signed into law that removed references to energy efficiency in the RPS.

Reason: to make Nevada Renewable Energy Credits more compatible for cross border trading with other states. The legislature has since fielded a number of proposals for standalone Energy Efficiency Resource Standard proposals, which Thomsen expects to gain a foothold when the body reconvenes in 2015.

Both Thomsen and Gibson support GHP development in Nevada. According to Gibson, the state endorses building codes favorable to the technology, and there are many examples of institutional use. The Governor’s Energy Office has a loan program for GHPs, which offers 0-to-3% interest loans starting at $100,000 for large projects. State funds are also available for “peak cap” energy audits for business owners to see how they can increase the energy efficiency of their buildings. The state also grants property and other tax exemptions for large GHP projects.

Highest on the agency’s list for GHP promotion is a state mandate for government building efficiency. Gibson is actively promoting GHP retrofits across the state for all facilities, including those owned by the state, county and city governments. GEO will actively assist in that effort, and will monitor the progress of any new energy efficiency proposals before the Nevada legislature.