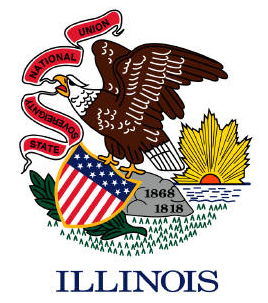 The Geothermal Exchange Organization (GEO) has introduced Senate Bill 2365 in the Illinois General Assembly. Sponsored by Senate President Pro Tem Don Harmon (D-Oak Park), the legislation would amend the Illinois Power Agency Act and the Illinois Finance Act to include references to reduction of thermal load in their definitions of “energy efficiency” and “renewable energy resources”.

“Through the work of our statehouse lobbyist and my relationships with many Senators from my prior employment, GEO has built bi-partisan support for the bill,” said GEO President and CEO Doug Dougherty. “We will have a good number of co-sponsors from both sides of the aisle.” If approved, SB 2365 will provide a clear path for Illinois electric utilities to promote geothermal heat pumps (GHPs) and gain credits for efficiency and renewable energy.

“The existing laws were actually creating a barrier to GHP deployment, and we were encouraged by the Illinois Power Agency and the Illinois Commerce Commission to amend the statutes to clearly state that GHPs are both efficient and a renewable source of energy. SB 2365 does that,” said Dougherty. An identical bill will be introduced in the House of Representatives by the end of February, and GEO is building support for the legislation in that chamber.