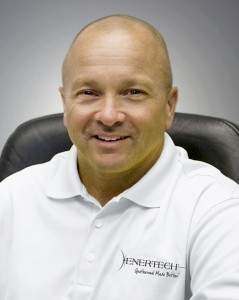 For several years, the Geothermal Exchange Organization (GEO) and several geothermal manufacturers have been working to include geothermal heat pumps (GHPs) in the federal definition of clean energy, and they are hoping this could be the year it finally happens. After receiving support on both sides of Congress, GEO president and CEO Doug Dougherty said GEO is optimistic it can accomplish that goal this year.

“The unfortunate reality is that Congress has not been able to pass any energy bill in that time, so we patiently wait for an alternative vehicle that suits our goal,” Dougherty said. “The good news is that GEO’s hard work on the Hill has produced an agreed-to amendment for the Shaheen-Portman energy efficiency bill in the Senate that had bipartisan support and no opposition by energy committee members. We also worked on the House side and have a bipartisan bill ready to be introduced that is supported by members of the House Energy Committee.”

Steve Smith, president and CEO, Enertech Global LLC, said geothermal systems are the “unseen heroes” as opposed to their more visible solar and wind counterparts, which are very visible in open space rather than being buried underground. This is part of the geothermal industry’s uphill battle.

“People see an array of solar panels or the field of towers for wind turbines that frame their minds of what they believe renewable to be,” Smith said. “Both are very important to our long-term energy independence goals. However, the most important source of renewable energy available to everyone today is geothermal heating and cooling, which we tend to forget is a very important renewable source, even though we are not generating electricity and sending it back to the grid. We are doing one better, we are generating energy to use on site, eliminating the need for transmission lines to send energy elsewhere. It is like having a power plant in your own backyard.” 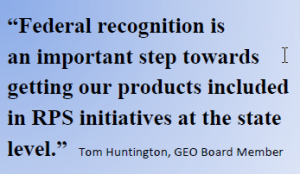 Tom Huntington, CEO, WaterFurnace Intl. Inc., noted progress at the national level could spur helpful progress elsewhere. “Getting GHPs defined as a renewable technology at the federal level is important because federal recognition is an important step towards getting our products included in the renewable portfolio standards (RPS) initiatives at the state level. It would also make GHPs eligible for renewable energy credits in governmental installations.”

Raj Hiremath, director of marketing, ClimateMaster Inc., said geothermal has already been classified as a renewable energy source and as a result qualifies for 30 percent uncapped federal tax credit. “Space cooling, heating, and hot water are major sources of energy use. Using the energy from the ground instead of using energy from the grid or in an oil well significantly reduces energy bills. It’s a win-win for everyone involved.” Read the entire article here. (ACHR The News)