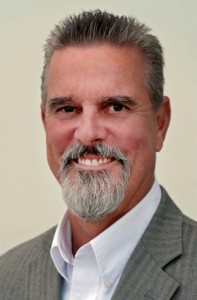 The Geothermal Exchange Organization (GEO) is backing efforts in a number of states to change public policies that currently fail to recognize geothermal heat pumps (GHPs) as a renewable source of energy and an efficient way to satisfy the thermal loads of buildings.

“I wish we could have a cookie-cutter approach for each state and every statute, but all are unique so we have to tailor our approach accordingly,” says GEO President and CEO Doug Dougherty. “In some states our focus is on their Renewable Energy Standards (MA, NH, MD, NM). In others, we are concerned with Energy Efficiency Standards (IL, MI, NY), and in one state both (VT). The goal, however, is the same for all: utility support for GHPs.”

Michigan   In December 2014, State Rep. Aric Nesbitt (R-66th District) introduced Michigan House Bill No. 5980, to amend the state Renewable Energy Standard definition of “Renewable Energy” to include the “thermal energy produced by a geothermal heat pump.” The legislation would have also redefined “energy efficiency” in favor of GHPs. With the beginning of a new legislative session in 2015, however, a new bill must be introduced. Considering the U.S. Environmental Protection Agency’s Proposed Rule-making to reduce carbon emissions from existing power plants under Clean Air Act Sec. 111(d), Michigan is not comfortable moving on legislation regarding energy efficiency.  Geothermal stakeholders led by Rep. Nesbitt, the Michigan Electric Cooperative Association and GEO will continue their effort with a new bill that will focus on GHPs solely as a renewable energy source.

New Mexico   Identical bills have been introduced in the Senate and House chambers that will allow renewable energy certificates to be issued for the use of thermal energy produced by geothermal energy sources; set standards for measurement of thermal energy and GHPs; and define useful thermal energy.  The House version has already passed out of House Committee on a 9-0 vote. Western Farmers Electric Cooperative (Anadarko, OK) is leading this legislative initiative. GEO fully supports their effort, and stands available to provide testimony supporting the legislation. You can read House Bill 263 here.

New York   GEO has worked with the New York Geothermal Energy Organization (NY-GEO) and the Long Island Geothermal Energy Organization (LI-GEO) to amend draft reports submitted by consultants to the New York State Energy Research and Development Authority (NYSERDA) and the New York State Department of Public Service (NYSDPS). In both cases, the draft reports misrepresented the economic potential for energy savings and the environmental benefits of GHPs. Written and oral communications from the GHP industry forced a significant alteration of the NYSDPS report. Ongoing dialogue with NYSERDA and its consultants should lead to a better conclusion for GHPs in their document as well. GEO is also involved with NY-GEO’s push for a state geothermal tax credit.

Vermont   H.40 has been introduced to change the way utilities claim Renewable Energy Credits. The bill also creates Energy Transformation Projects that can include GHPs. An unintended consequence of the bill, however, has been to delay implementation of S.202, passed last year to offer monetary incentives for installation of GHPs and other technologies to replace fossil fuels for space heating. GEO has been involved in a docketed case before the Vermont Public Service Board to enact S.202. That proceeding is now on hold to see what happens with H.40, which can be read here.

“GEO is devoting resources at the state level across the country to change public policies that ignore the economic and environmental benefits of GHPs,” says Dougherty. “Working with our allies on a broad range of issues, legislative solutions, and regulatory battles is challenging and time consuming, but we are seeing success state-by-state. GEO’s goal is for every state to recognize and endorse the value of GHPs in their energy plans, and to include them in their renewable and efficiency programs.”