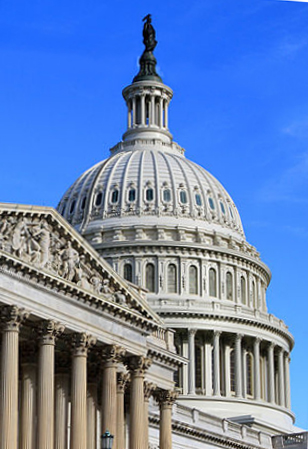 The GEO amendment, which is also strongly advocated by the National Ground Water Association (NGWA), specifically modifies the federal energy purchase requirement of Section 203 of the Energy Policy Act of 2005 (EPACT)with new language under the law’s definitions of renewable energy:

Additional new language in the Infofe/Carper Amendment would modify EPACT with:

“For purposes of determining compliance with the requirements of this section, any energy consumption that is avoided through the use of renewable energy shall be considered to be renewable energy produced.”
“These changes to EPACT would for the first time allow geothermal heat pumps (GHPs) and the energy consumption that they avoid to qualify under rules for federal purchases of renewable energy,” said GEO President and CEO Doug Dougherty. “Though the legislative change may not have immediate impacts on GHP sales and installations at federal facilities,” he explained, “federal recognition of GHPs as a qualifying renewable energy technology will set a precedent for state and other governments across the nation as we work to increase our market share.”
S. 1392 would authorize provisions designed to encourage energy consumption by homeowners, manufacturers and the federal government. It also would create new, voluntary efficiency codes for buildings. The Shaheen-Portman bill has broad, bipartisan support among Senate Democrats and Republicans, and among environmentalists and industry groups. “GEO remains hopeful that S. 1392 will be completed and successfully pass through the legislative process with our language that recognizes GHPs for federal renewable energy purchases,” said Dougherty.